A message from our CEO: Skating on thin ice 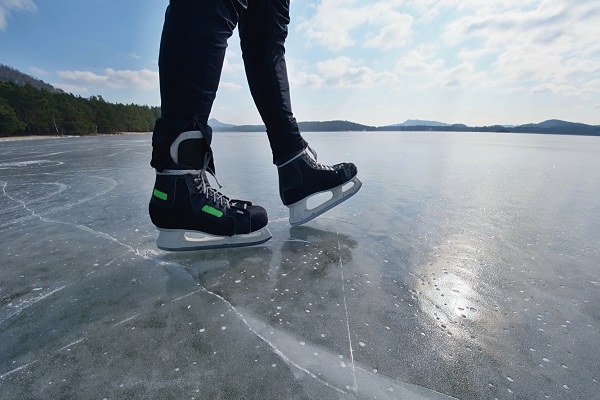 The present financial market conditions represent nothing that we have ever witnessed before and hope we will never witness again. A battle is taking place on the frontline and it’s not only the truly heroic global medical profession that’s fighting it.

Who would have believed that, given the global lockdown and huge devastating spikes in unemployment, the almost complete closure of the gig economy, the collapse of company earnings, and core companies abandoning dividend payments would have been taken so lightly? The limitless financial government funding in the US for supporting real estate, high yield investments, mortgage backed bonds and corporate bond debt is the reason we find financial markets remain in such a relatively sanguine state.

Markets are of course lower and the short-term losses are noteworthy, but by no means as painful as you could reasonably expect given the monumental impact of COVID-19 and the fact that the gains of 2019, as of 22nd April, have not even been given back? How is this happening?

In mid-March there was an unprecedented panic sell-off that affected almost every investment instrument known to man, but the US Government and the US Federal Reserve (FED) stood their ground and committed capital to support flailing markets and markets rallied.

The battle I refer to is that global governments led by the US and supra national bodies are using every single available $/£/Euro or Yen to protect financial markets from their ultimate demise. Trillions of dollars are being used in strategic areas to support financial markets. Financial stability is critical and will be maintained to avoid a 1930s style depression. Financial markets are skating on thin ice in the short-term.

TAM in previous written output has pointed to a two-tier event unfolding - a game of two halves if you like. The first half was the virus, the pandemic and getting it under control. Nobody, including financial markets participants could think of anything else. As we enter the end of the first half, some semblance of control over the infection is visible. However, it is definitely not a victory - Virus 1 Economy 0. When the second half gets underway it will be all about the economy and the return to work, and if the economic support from governments is not meaningfully forthcoming it could be more devastating.

People are soon going to realise that governments will have to refill their tax coffers to repay the mammoth debts incurred and rebuild deflated economies, and this will have a long-term impact on the global financial system, corporate earnings and employment. Ultimately the discussion will turn to the V or U shaped recovery and corporate soundness, but it will not be an easy glide path.

We have lost ten years of economic growth and employment in just 6 weeks. The next 12-18 months will not be the same. Economic fundamentals, earnings growth forecasts, re-employment, the speed with which markets revert to norm (or some semblance of it) will depend on one thing - how much more governments are prepared to commit capital to “paper over the cracks”.

Economic fundamentals are shot to pieces in the short-term and not withstanding government support, bankruptcies will soar. Corporate America is now not even forecasting earnings 12 months forward - they just don’t know. Traditional analytical work is of little use. The successful investment call in the US is simple, “just buy what the FED is buying”.

There has been a rally from the lows of mid-March and it is either:

a powerful bear market rally that means the lows of mid-March could be seen again (20-30% lower) or;

notwithstanding this dire news and awful economic fundamentals, global players will look through this to potential blue skies in 2021.

This battle ground is set and the US Government and the FED are forcing b) above firmly into play. It’s no longer about corporate fundamentals but how much support has been garnered to buy our way out of the problem, and at this point it appears to be limitless.

So why am I referring to thin ice? Any market professional, global economist or grizzled fund manager believes, on the fundamentals alone, there is another big leg lower for the equity market. However, the cash weightings of investors and institutions and the willingness of Governments to throw support at any financial weakness must be balanced against that. Cash ultimately determines the market direction (something I learned in the hard world of the super bull market in Japan from 1985 to 1997). In short, and it’s really this simple, if there are more buyers than sellers, markets rise!

Back to the ice analogy, if it cracks – in this case that would be the FED stopping its intervention or putting the cash brakes on – the downside would be palpable. If they continue to talk up support, buy assets and stand behind falls, the downside is more limited. Is the FED gaming the market?

Personally, I think markets will eventually leg down and any heavy sell-off will give us a potentially generational buy opportunity. There could, if the gamers (FED) have their way, be huge buying support not much lower than maybe 10-15%.

Cash is still king and any sell-off may be painfully short and sharp. We will, I believe, continue to see volatility in financial markets for many months to come as new pandemic related issues arise that need addressing.

Government and FED intervention is going to be key to how far (and if) markets fall, there is no way of calculating that. Deeper pockets will be required if there is a second wave of infections in a month or two.

Markets are skating on thin ice - if governments buy their way through this, the ice will hold and there will be some downside protection. If governments don’t throw enough at the problem the ice will crack and we take a meaningful, if short lived, vicious step lower. But, the thin ice could well hold, protecting markets, so watch the FED - it currently holds the key to the investment markets.

So how are TAM portfolios situated? Notwithstanding client returns keeping up with recent market gains, we remain high in cash and are mindful as to recommitment, awaiting signs that the ice is cracking.